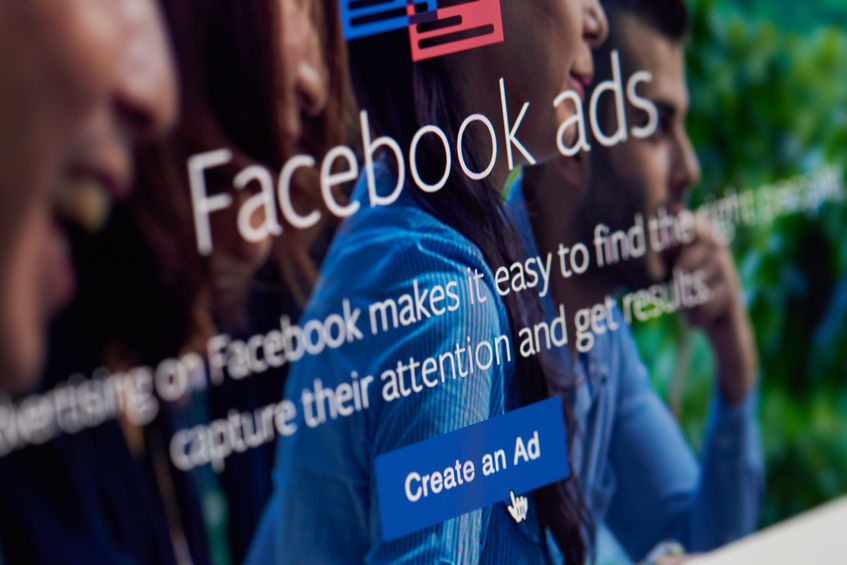 No matter which side of the aisle you fall on, these along with Facebook’s constantly has had a string of fairly negative press over the course of the last couple of years. From the Cambridge Analytica scandal to the recent news of Facebook running false political ads evolution and algorithm changes make it a less than an ideal partner for businesses looking to grow their business on their platform. Since I started thinking about this blog post over the last week, I was forcing myself to find some good things about the platform. I was hard-pressed to think of a long list of benefits of the platform. Of course, there are the personal benefits of maintaining relationships with friends and family members, but this isn’t why advertisers use Facebook. There is one GIANT reason that Facebook gobbles up so many marketing dollars, data. Of course, they are one of the largest tech companies in all of the world, but if your thinking long term about your business growth, you have to start to think about what life would be like if you didn’t have Facebook.

As the sun rises and sets each day, we are getting closer to a time where Facebook, as a platform may become irrelevant. Let’s think about this for a moment. Let it sink in. I know that there are some who may think this is crazy talk. That’s fine…it may very well be. But as Facebook’s primary audiences get older and older (their prime audience is 40-65) the marketing opportunity becomes narrower with each passing year. Just doing a quick internal family poll of how many of my family members actively use Facebook, I was able to count 10-13 in my immediate family…and just, to be honest, I didn’t really care that much about my extended family, because I don’t see them and really don’t know them. Now I think there are around 50 people in my closest inner circle. That means 80% of my overall inner circle of friends and family are NOT actively using Facebook. If 80% of my inner circle is not using Facebook, then Facebook cannot collect the data that they need to

The truth is, Facebook should merely only be one tool in your toolbox. It is however still one of the kings, along with Google and Apple, with the most amount of consumer-first party PII (personally identifiable information). But this isn’t about what makes Facebook good for marketers, it’s about what you can do in the unfortunate, or not so unfortunate event, depending on how you look at things that major regulation comes crashing down or when it loses its luster and only attracts a certain type of customer demographic.

It’s pretty common knowledge that Facebook’s current audience is all on the older (ages 25-45) end. This is great news for current marketers because those are all the demos that spend the largest amounts of money in any household. However, the Facebook platform is in trouble with users on the younger end. Gen Z and some millennials are not creating new Facebook accounts at the rates their parents did. This, in turn, doesn’t allow for Facebook to then do what it does best, gather tons of personally identifiable information about new users and categorize all of their likes and dislikes, and most importantly how people spend their time and money. If they can’t collect the data and continue to add new users, then Facebook loses value to marketers. This is and has been a constant problem for Facebook. Now they may not want you to think that it is as they always tout their growth statistics and how much people spend on the platform…which again, today is extremely valuable. But will it be in ten years? There is no doubt that Facebook has lost its “cool” factor. It is not the place younger end users want to be spending their time. If you are like me, you have a ton of friends on Facebook and they use it regularly. I also have friends that have not opened their Facebook page in about a year. One of these people would be my wife. She has cut all Facebook notifications, on her phone, has not opened her app in a year and firmly believes that Facebook is “spying” on her. Now we all know that is illegal, but I think that fear of Facebook knowing literally EVERYTHING about you is a real thing, especially in this day and age where people are valuing their privacy more and more. I imagine that my wonderful wife isn’t on an island with this either. I have heard this more than a few times from several different people, just in my own circle of friends. As a matter of fact, just in the business that I am in, my own Facebook profile is strictly for “work” purposes. So yes, I am active on the platform for one day out of every week, but that is liking posts from co-workers or commenting on other friends’ posts. I haven’t posted myself in a few months, especially since I know first-hand how much information we are giving to Facebook, for free. Think about it, they are using the data that you give them about yourself and then turning that around to make money off of that. Genius!

Facebook may soon have a problem with government regulation

Recently, Facebook CEO Mark Zuckerberg went to Capitol Hill to answer questions about Facebook’s new cryptocurrency “Libra”. In part of that exchange, Zuckerberg was grilled by politicians who do not trust Facebook, for a variety of reasons going all the way back to the Cambridge Analytica debacle. It seems as though Mr. Zuckerberg’s inability to be transparent about the influence that Facebook has on current consumers poses a significant threat to global economies as they look to create global currencies as well as domestic and foreign politics. The mere fact that when asked by members of congress about the fact-checking with some political ads, it may have been a point of conversation within Washington, on both sides of the aisle to talk about the correct amount of potential regulations that government may have to use to keep both hands on the wheel with a global giant like Facebook. Additionally, both governments of France and Germany have already declined Facebook’s new cryptocurrency from being used citing that giving monetary control to a private entity could be potentially disastrous. Fair point and probably not something that Facebook executives took into account when developing their new product.

To be clear, politicians on both sides of the aisle in all different countries see the inherent threat that could come from a product with the enormous reach that a company like Facebook has. This could cause some governments, the US included to act more swiftly on a broad spectrum of regulations for Facebook. If one politician can run a false ad about another, what’s to keep other politicians from doing the same thing. Then we end up in a dangerous circle and this is something that all public servants can agree on.

Alright, let’s wrap this up

It seems that there is a lot of distrust being sowed with Facebook at the moment. However, for the time being, the potential reward definitely outweighs the risk. Facebook is still great for marketers. They still hold and continue to build vast amounts of personally identifiable information against all over 2 billion worldwide users.

After opening at a lowly $38 per share in 2012, Facebook is currently valued at almost $188 per share. Make no mistake that they do have an investor board to answer to and as a publicly-traded company it is in their interest to do everything that they can to avoid any further pitfalls in the public relations arena. If they continue to stumble, as they did last year with the Cambridge Analytica scandal and they did again most recently with the congressional hearing on its new cryptocurrency, Facebook could potentially be setting itself up for governments around the world will have to come in a clean-up a mess of Facebook’s own making.

Additionally, and as marketers, you always have to be thinking about the end-users. Make no mistake, Facebook is having an issue with gaining new users. People are still coming to the platform but is nowhere near the numbers that they used to. It seems as though there is so much distrust already sown into certain individuals who simply do not trust what they see on Facebook, whether it is an ad or organic content. This is a problem. If consumers cannot trust you, then why should they use you?

For now, Facebook is still one of the best marketing tools out there because of the droves of data that they have about every single one of their users. But how long will it be viable? Time will only tell.